The solar industry has been plagued with excessive inventories for quite some time now. The prices of photovoltaic polysilicon have been declining rapidly, which is indicative of the persisting glut in the industry. According to ImportGenius.com, a site that monitors imports from abroad, solar shipments peaked in January of 2012. Since then, however, solar industry imports have declined 24%. The steady decline has forced top tier suppliers in the industry to consider production cuts in order to reduce inventories and normalize market conditions.  Prevailing Price Conditions Contributing In the month of August 2012, the prices of PV polysilicon fell at a faster rate than they did in July. The price decline trend that began in the fourth quarter of 2011 has continued unabated, as per a new report from the information and analytics provider IHS.  Henning Wicht, director for PV advanced products at IHS, says: “Oversupply remains the dominant trend impacting the PV polysilicon market. The glut has caused pricing to drop precipitously, impacting profitability for polysilicon suppliers. Pricing also has been impacted by a number of related factors, including a sharp decrease in demand for solar module shipments in August, high module-channel inventory in Europe and the United States, and the possible implications of the Chinese anti-dumping tariff against international players. In order to stabilize the price of polysilicon, tier-one suppliers need to consider reducing production.”  Near-term Business Prospects IHS predicts a possible revival of the solar business in the near future, looking at the polysilicon demand in September and October. However, some of the buyers may be scared away due to an impending trade war with China in this market. The coming months could see potentially weak demand if such pressures continue. This is likely to put additional pressure on polysilicon suppliers around the globe.  The anti-dumping situation in China has also made the pricing issues quite uncertain. If the EU, U.S. and Korean manufacturers of polysilicon face a punitive tariff from the Chinese Department of Commerce in the next few months, it will compel these manufacturers to bring down the prices further considering the fact that China is a major purchaser of polysilicon.  Production Cuts Tier-one manufacturers of polysilicon have already implemented marginal reductions in capacity utilization in the month of August. However, in the current market scenario, their production rates continue to be higher than the offtake. To add to their difficulties, re-sold polysilicon is also available with limited supplies. If the top tier suppliers persist with high product rates, the situation of polysilicon glut will continue well into 2013.  “Now is the time for tier-one polysilicon suppliers to seriously think about a cut in production, given that profit margins for these companies are already very weak,”says Wicht.  Polysilicon demand in August was quite poor. Compared to July, at least 10 to 15% reduction in trading volumes of polysilicon was seen in August, according to ImportGenius.com. The continued conditions of depressed demands are also having a considerable impact on the spot market for polysilicon because buyers still have a need to abide by their long-term commitments with key suppliers, even though some of the buyers have tried to keep the volumes to a minimum.  Do not Assume This is one more important reason for top tier suppliers to consider a significant cut in production in the forthcoming quarters. The month of August also saw sluggish demand for crystalline silicon module in Europe. This happened due to high channel stockpiles and also the holiday season. However, on the demand side, there is a lot of hope from China, where the demand is ready to take off soon – but there will be more surety on this front only when actual orders begin to materialize.  Sources:  http://solarindustrymag.com/e107_plugins/content/content.php?content.11180 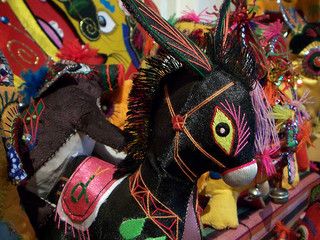 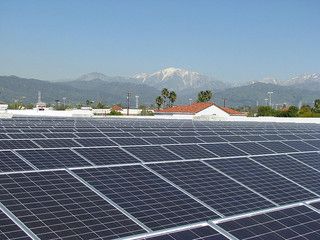